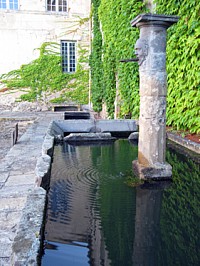 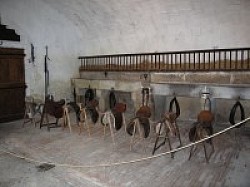 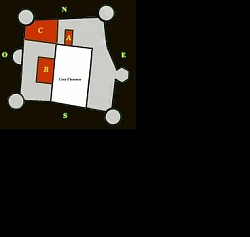 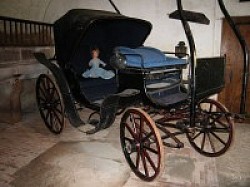 This room is unique in France. It contains one of the first French heraldic frescos.

Ravel was the royal property under Philippe Le Bel‘s reign. When it was given to his counsellor Pierre Flote, he arranged this room in 1301 for the assembly of the “States General of Auvergne" in 1302. (The “Etats Generaux” assembly designated people from each class : clergy, aristocracy and the third estate, who represented their social class in every debate concerning their village, city …). But Flote died at the battle of Courtrai and the meeting of assembly in Ravel was cancelled.

The upper border shows grotesque animals that reminds us the struggle between royalty and the Pope.

The medium frieze is composed of 49 coats of arms; amongst these you will see coat of arms of the French and English royal families as well as those of different Lords of Auvergne. A "light and sound show" will take you back through the greatest moments of that time.