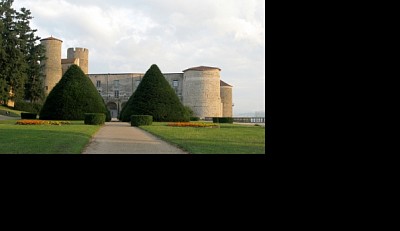 The grounds were designed by the school of Le Nôtre.

It had been said that at the beginning of the 20th century, the benches were in front of the trees, they now seem to have been practically swallowed by the yews. 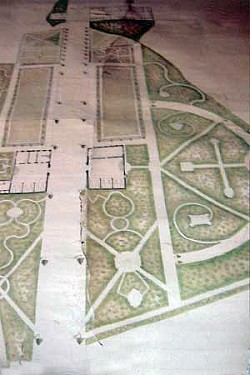 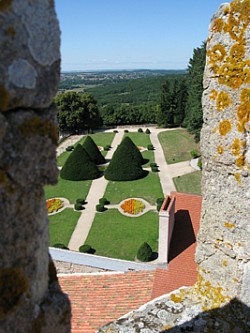 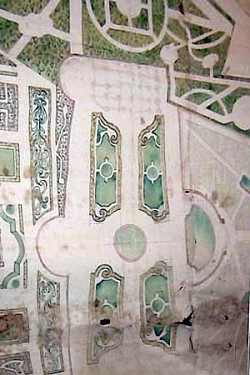 On the left: The drawing, dated of the 18th century, is a project of the actual grounds of the castle. We can still see the two half moons and the central pond.

On the right: This 18th century drawing is a project of the main entrance of the castle at that time, and nowadays the pathway with cluster of trees. The path measures 845 feet with the stables on each side.

Walking around the castle